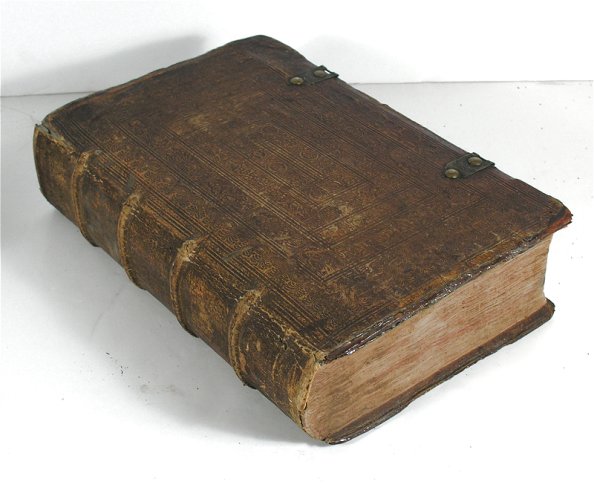 Pictured here is an exceptionally rare and fantastic, original 1590 edition of the illustrated German-language “Dietenberger Bible,” one of three Catholic Counter-Reformation bibles, and the first of the German translations. This fantastic, 16th-century bible is complete and intact, bound in its original pigskin with elaborate, blind-stamped images of the saints. It was recently acquired from the library archives of a New York State monastery where it has resided for 100+ years, and from which it was recently obtained along with a number of other fantastic, 16th through 18th century volumes, which we will be offering on our eBay page over the next few weeks. 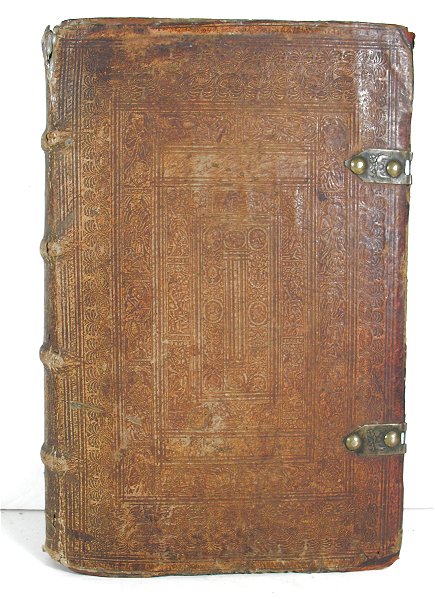 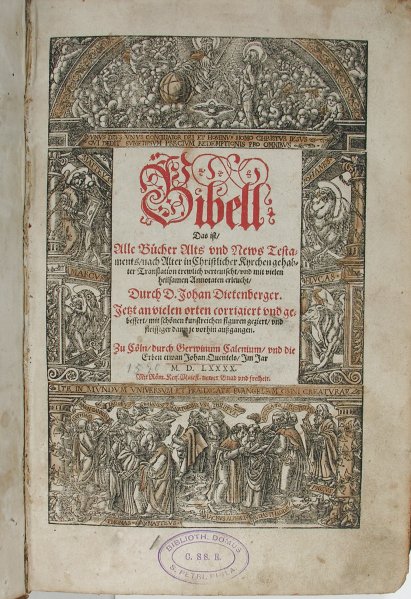 The so-called “Dietenberger Bible” is one of three Catholic Counter-Reformation bibles that can be understood as a response to the then-emerging New International Version. The German translation by Johann Dietenberger of the Old and New Testament was the first fully Catholic Bible of the Reformation period. From its first appearance in 1534 through the 18th Century, at least 58 editions were published (see BBKL, 1, 1296). John Dietenberger (c. 1475-1537) was a Dominican Order prior and later professor of theology in Mainz (see NDB 3, 667 et seq.). In 1534, the first edition of his translation of the bible was published. Dietenberger added comments on the chapters of the Old Testament and gave it summary headings. The present bible comes from the highly-regarded printing house Quentel in Cologne (see ADB 27, 37 ff.). 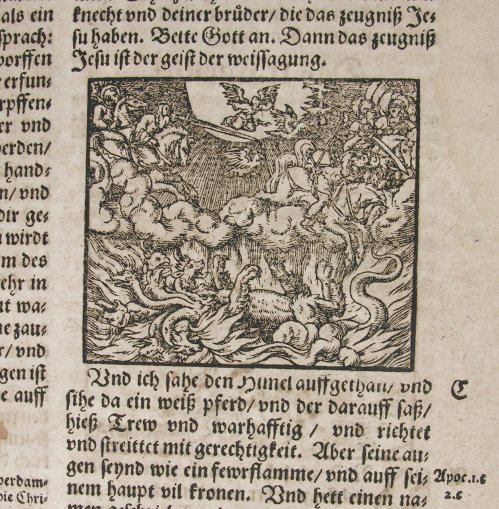 Johann Dietenberger (c. 1475 – September 4, 1537) was a German Catholic scholastic theologian. Born at Frankfurt-am-Main, he was educated in his native city, and joined the Dominican Order. On June 3, 1511, he registered at Cologne as a theological student. Three years later, on September 23, 1514, he was admitted to the licentiate, and the next year, after some time spent at Heidelberg and Mainz, he received the doctor’s degree. Towards the end of 1517, Dietenberger was appointed Regens studiorum and interpreter of Thomas Aquinas at Trier, where he opened his lectures on January 27, 1518. In the meantime, he had been elected (1516) prior of his convent at Frankfurt, and retained this office until 1526, when he became prior at Koblenz. In 1530, Dietenberger attended the Diet of Augsburg and was chosen as a member of the committee of twenty Catholic theologians selected at the meeting of June 27th, and presided over by Johann Eck, to draw up a refutation of the Protestant Confession. At about the same time, he received the appointment of general inquisitor for the Dioceses of Mainz and Cologne. His last years, from 1532, were devoted to teaching theology and exegesis in the Academy of Mainz. 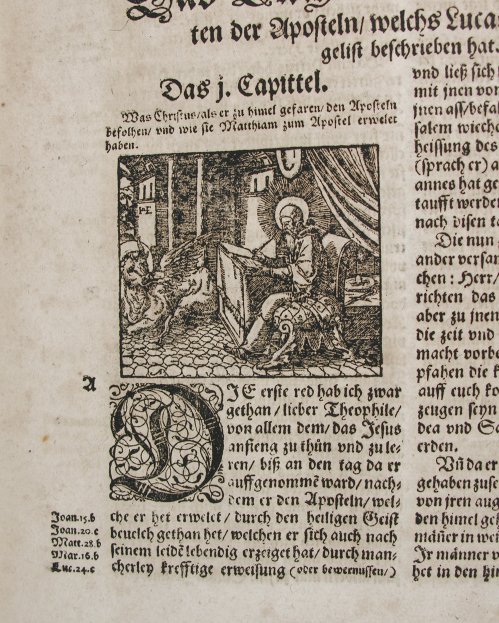 In preparing the “Dietenberger Bible” the author used freely the New Testament of Emser (1527), of whom Martin Luther was wont to say that “he had ploughed with his heifers;” he used likewise other translations compiled in pre-Reformation times, and so did Luther. He was well acquainted with the versions of Luther and of Leo Jud, and used them to improve his own.