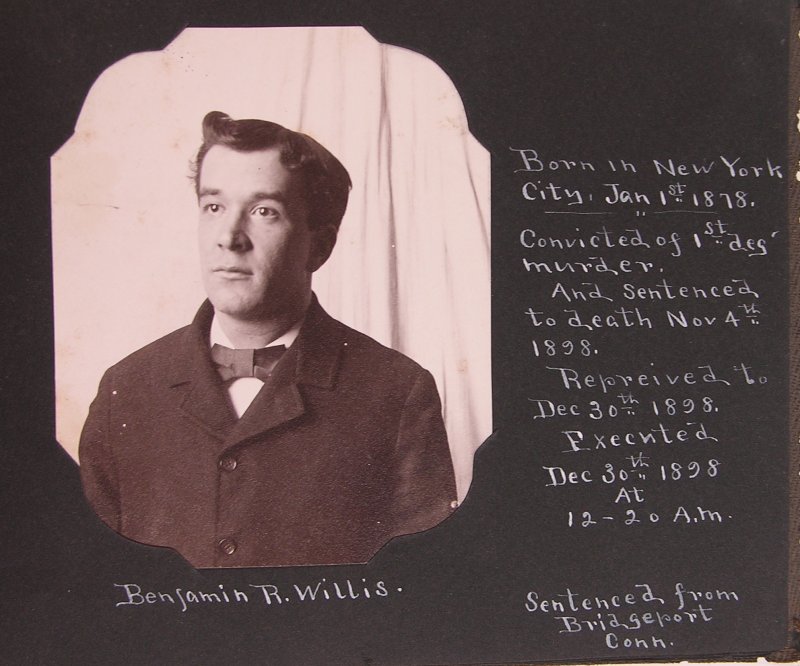 A macabre yet fascinating presentation photo album has been recently discovered among the offerings from a Connecticut Estate. The Album contains the final, pre-execution photo portraits of the 22 Men executed by the State of Connecticut between December 18, 1894 and March 29, 1912 at the Connecticut State Prison in Wethersfield. This simply amazing, one-of-a-kind Photo Album was put together by a correctional officer by the name of (amazingly enough) James E. Officer (yes, he really was “Officer Officer,” not a literary construct like Heller’s “Major Major”) and was presented to another correctional officer by the Name of “M. J. Redding.”

We were honestly unaware of the fact that apparently it was the policy of the Connecticut State Prison at Wethersfield to dress the men on Death Row in a suit and take a final portrait before they were hanged for their crime. Somehow, Officer Officer obtained the original photographs taken of each of the 22 men hanged by the State of Connecticut between December 18, 1894 and March 29, 1912, and mounted those portraits in a photo album along with neatly handwritten text identifying the condemned man by name, his place and date of birth, the date he was convicted, his crime, the place and date of his crime, the date he was sentenced to death, the dates of any reprieves, and (finally) the date and manner of his execution. 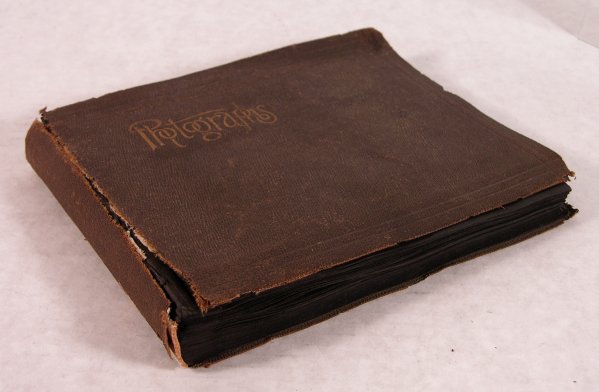 The album itself measures approx. 7 1/4″ x 5 5/8″ and is a generic, photograph album of the mid 19th-century. Each photograph of the condemned prisoner measures 3 1/8″ by 3 7/8″ and are essentially identical in form and format. In each photograph, the condemned man is dressed in a suit and tie (in a number of the photos it appears that the condemned are dressed in the very same suit and tie) and most of the images depict a man with a stunned, frightened, horrified and/or vacant countenance. The looks on the faces of these men alone are a study in the horrors of capital punishment, and the shock and horror of those faced with the reality of their own death. We have never seen anything like the images contained in this album, and we feel that the images contained here are among the most graphic, though at the same time incredibly subtle, statements in support of the abolishment of the barbaric practice of capital punishment – enough said.

The first page of the album features a presentation inscription that reads “Officer James E. Officer / to / Officer M. J. Redding. / 9, April, ’47.” The next 21 leaves of the album feature a single portrait photograph of an executed man with the details of his life and crime, as stated above. The 22nd page contains a portrait of convicted murderer Andrea Tanganelli, but without any manuscript information. The next few pages of the album have cut out corners identical to those it insert the Photos found on the previous pages, but these pages are blank and it is our best guess that Officer Officer had planned to continue this morbid collection, perhaps including those 32 men executed between 1912 and 1947 (when he dated this presentation album), but for some (perhaps thankful) reason was prevented from doing so. The actual story of the assembly of this album will likely never be known, but the simply amazing content represents a unique and likely never again available insight into the faces and souls of a group of men on death row at the turn of the 20th century – a group populated mostly by immigrants who somehow found themselves facing death in a country far from their home.

One Response to A Morbid Collection: Original Photo Album of Death Row Prisoners Hanged in Connecticut, 1894-1912