Perhaps this is well-known among coinoisseurs of antique photography, but I was recently introduced to the concept of the “hidden mother,” an interesting yet strange part of photographic history. 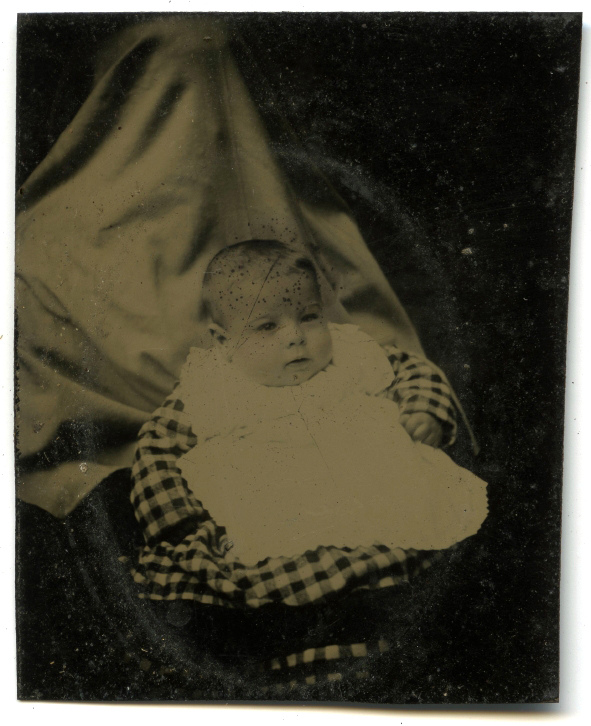 In early portrait photography, children would have to sit for quite some time before the full process of each shot could be complete. To keep them calm and comfortable, the child’s mother would be cloaked in fabric and sit with the child on her lap, serving as the backdrop for her child’s portrait. Due to traditional methods of matting and framing, the end piece would crop the mother’s figure completely out of the frame, making her look as nothing more than a draped piece of cloth.

However, as the photographs are uncovered and the mothers “discovered,” there is this eerie, almost ghost-like effect to the photographs. An entire Flickr community has been set up to track the instances of hidden mothers in old tintypes and cabinets. Some are humorous, but some are down-right (unintentionally) disconcerting:

Like Loading...
This entry was posted in Photography and tagged antique photographs, hidden mother, invisible mother, retronaut. Bookmark the permalink.