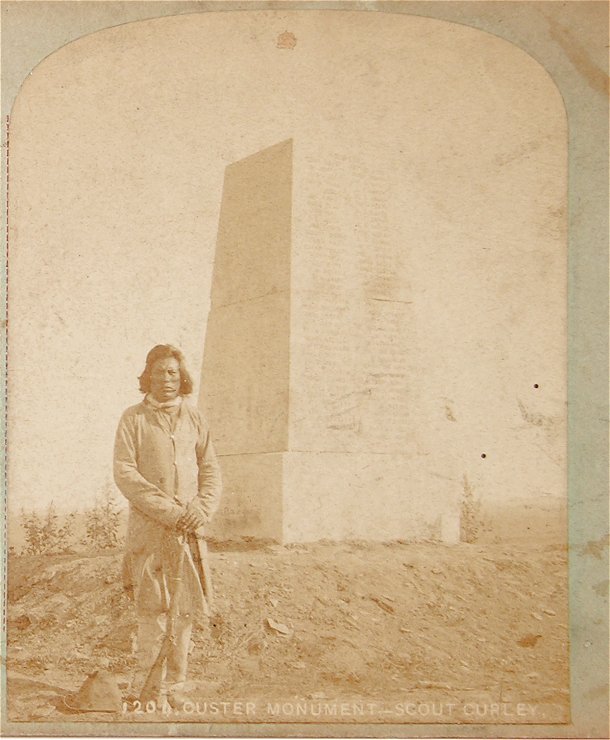 We were fortunate enough to offer up a rare and wonderfully preserved Stereoview photograph of Ashishishe (English name Curley), a Crow Warrior enlisted in the U.S. Army as an Indian scout on April 10, 1876 and was later chosen to scout for the Seventh Cavalry during the Little Bighorn expedition in 1876 along with fellow Crow warriors White Man Runs Him, Goes Ahead, Hairy Moccasin and others. He witnessed parts of the Battle of the Little Bighorn, and his translated account later appeared in several newspapers, as he was thought to be the only surviving witness from the U.S. side of Custer’s Last Stand.

Native Americans have always been an integral part of the U.S. Armed Forces. Even from the very first beginnings of this country, settlers relied on the natives’ skills and tactics to win battles. In the Revolutionary and Civil Wars, Native Americans fought devoutly on both sides. In fact, the Indian Scouts became a separate sub-division of the U.S. Army until 1947, when the branch of officially deactivated after the retirement of its last member. Thanks to popular culture, the Native American involvement in the World Wars has been preserved forever (though perhaps a bit dramatized).