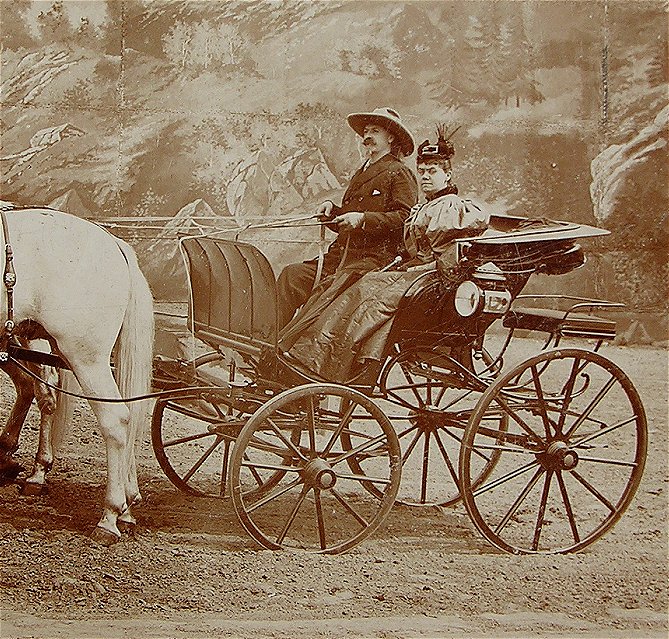 Every once in a while, we are lucky enough to come across items that are truly “Fresh to the Market”. So what does that mean exactly? “Fresh to the Market” is a term used to describe an item (or items) that has previously not been available for sale, most likely because it was part of a private collection, and / or it was on display in a museum. These items can be very exciting to come across, because oftentimes they are quite unique. We were just lucky enough to recently purchase a group of items that fall into this category.

The photos pictured here were a part of a collection which was the personal property of Buffalo Bill Cody and his family, and which descended directly in the Cody family to his great-granddaughter Patricia Ann “Patsy” Garlow – granddaughter of Cody’s daughter Irma. 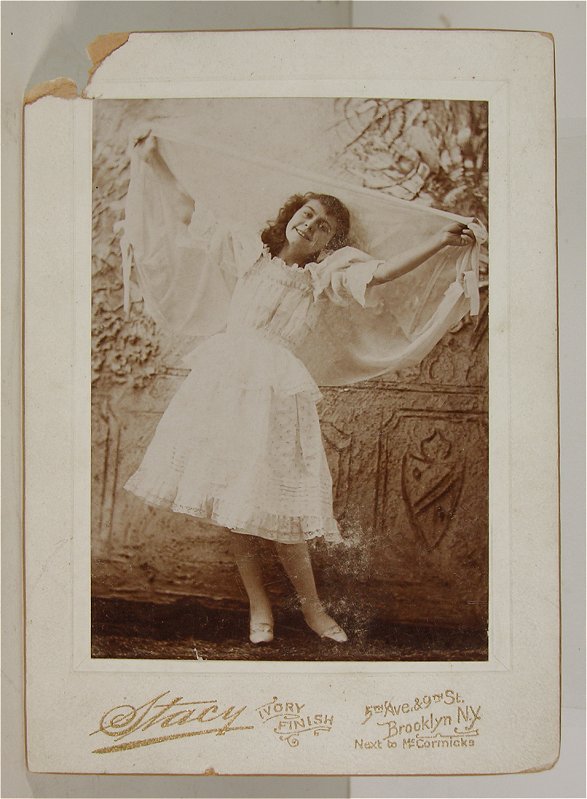 Provenance: These fantastic Photographs descended directly in the family of Irma Louise Cody Garlow, Buffalo Bill Cody’s last surviving child. Buffalo Bill and his wife Louisa Frederici Cody (1843-1921) had four children but only their two daughters – Arta (1866-1904) and the baby Irma (1883-1918) lived to adulthood. Irma married Frederick Harrison Garlow Sr. (1880-1918) and had 3 children – Frederick Harrison Garlow Jr. (1911-1985); William Joseph Garlow (changed name to Cody) (1913-1992) and Jane Cody Garlow (1909-1987). When Irma and Fred Garlow Sr. died within three days of each other during the influenza pandemic of 1918, the three young children were cared for by their Grandmother Louisa, wife of Buffalo Bill Cody. Fred Garlow Jr. married Margaret Southerland and they had two children Patricia Ann (b.1948) and Mark Frederick (b. 1952). The Photographs that we acquired were the property of Patricia Ann “Patsy” Garlow, Buffalo Bill’s direct great-granddaughter. It was among the property of the Cody-Garlow family and was originally the property of William F. “Buffalo Bill” Cody and his wife. 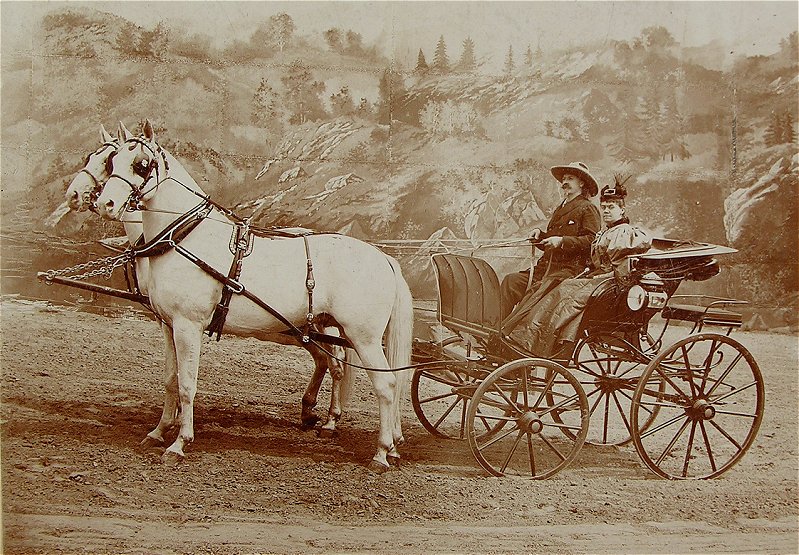 Many of these Photographs spent most of the last half of the 20th century on loan to the Buffalo Bill Historical Center of the West and bear BBHC index numbers on the versos. We were also told that any of the items with tack holes were displayed on the walls of one of Cody’s homes including the TE Ranch, the Bobcat Ranch (usually Irma’s home), the Pahaska Tepee and his residence in North Platte – Scout’s Rest Ranch. 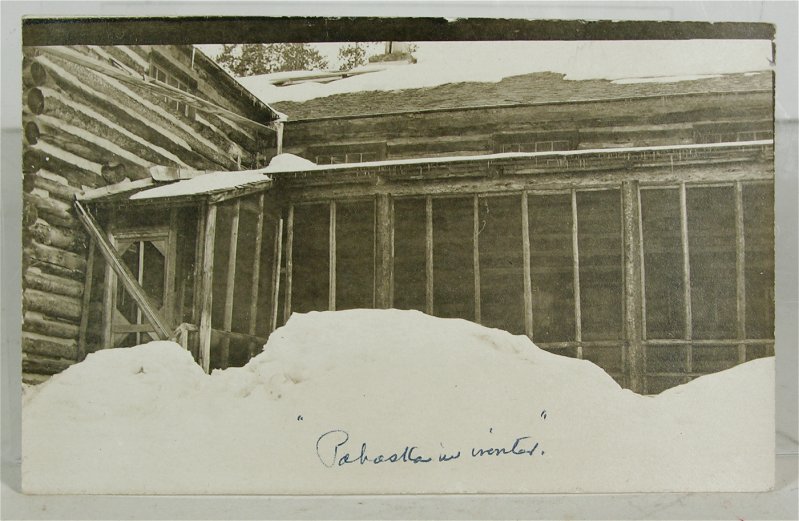 The photographs included in this collection varied greatly, from some likely one of a kind Photographs taken with a snapshot camera and printed out as Real Photo Postcards, photos which were likely given as a mementos to Cody by the photographers,  a number of personal photographs taken by Stacy in the photographer’s studio and at Buffalo Bill’s Wild West show grounds during the 1894 Season (during which the Show performed at Ambrose Park in Brooklyn, New York for the entire summer), etc. 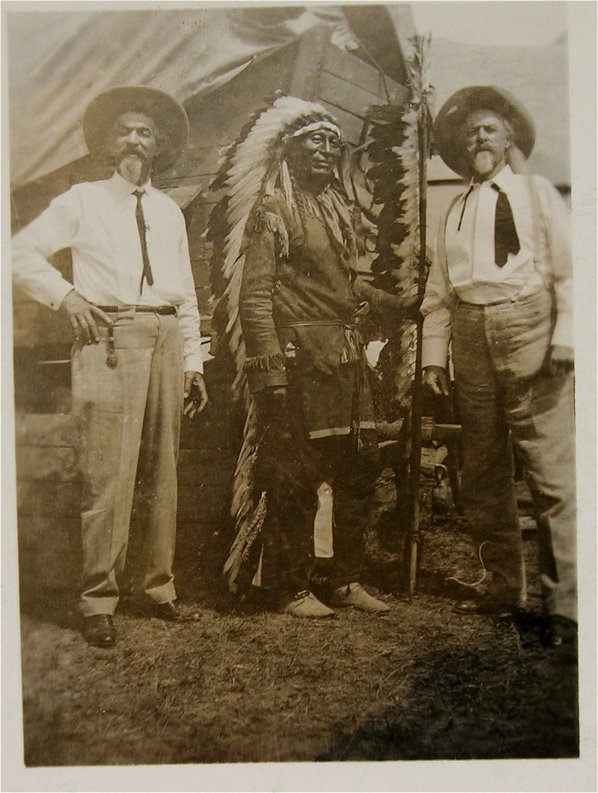 One postcard pictures the “fairgrounds” at Bourg, France with a herd of livestock grazing on the small plot. The Postcard is addressed to “Col. Cody Buffalo Bill” at Reims. The message and the Postmark are dated July 10, 1905 and the message appears to have been written by an Advance Man for Buffalo Bill’s Wild West named Dean.  Apparently “Dean” was scouting possible locations where Buffalo Bill’s Wild West might be able to appear during the European tour that was taking place in 1905. It seems that the fairgrounds at Bourg was too small to accommodate the show and “Dean” was reporting this directly to Buffalo Bill. 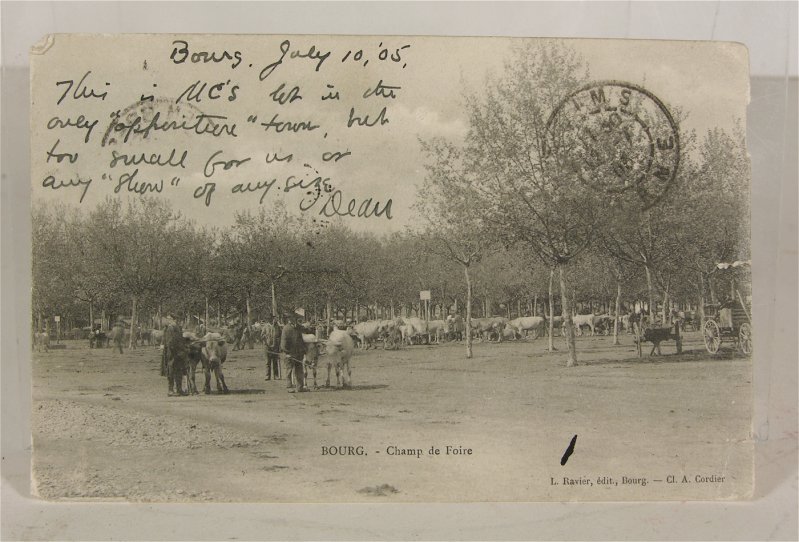 1905 Postcard written and addressed to William F. “Buffalo Bill” Cody from an advance man of Buffalo Bill’s Wild West in Europe regarding a possible location for the Show to perform in Bourg, France. This Postcard was sent to Cody while the Show was performing at Reims.

We feel truly lucky to have been able to hold some of this history in our hands, and hope that you have enjoyed reading about it – and perhaps buying one of the items for yourself! We will be offering selected items from this collection over the next few week as part of our weekly eBay auctions.